SUMMARY OF THE REPORT:

The study has been conducted by the Baltic Consulting Team on behalf of the
Embassies of Sweden in Riga, Tallinn and Vilnius in partnership with the law firm
Glimstedt, Swedbank and Telia. Data gathering took place in May and the analysis
was carried out in June and July 2021.

Swedish investors generally find that the business climate in the Baltic States is good , but that the situation has
slightly worsened in all three countries compared to the results from 2018. Even though the overall differences in key
aspects of the Baltic business climates are rather small, Estonia and Lithuania seem to have more similar conditions in
common than Latvia.
●
Sweden has historically been a strong brand in the Baltic States, and Swedish owned companies acknowledge the
positive effect of its contribution to local business in the Baltics, especially in Lithuania.
●
Swedish companies in the Baltics are fast to adapt . Despite the pandemic, the companies in general managed to
adapt their operations to new circumstances and turned their financial results in 2020 into profitable or break even
results, especially in Latvia, but positive economic trends in Estonia and Lithuania.
●
Swedish entrepreneurs have strong market confidence. They are optimistic about the future, especially in Latvia
where most respondents forecast turnover growth, but also more than every second company is expected to grow in
Estonia and Lithuania in the coming year. Planned increases in investments in the coming year are also a sign of
market confidence in the Baltic States. At the same time, cost efficiency is a key driver in the attempt to remain
competitive in the Baltic market.
●
Infrastructure. An important aspect of the business climate concerns physical infrastructure. Roads, railroads, harbors
and airports have, according to the respondents, improved during the past three years in all three countries, but
especially in Estonia and Lithuania. It may partly be due to the recent pandemic with various restrictions on travelling
which has resulted in slightly lower expectations, but at the same time all three countries have made visible
investments in the local infrastructure which gained positive attention by companies. 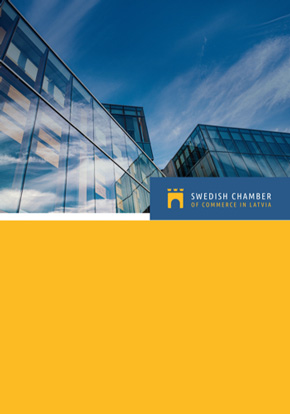