On 9 September, President of Latvia, Egils Levits, met with foreign chambers of commerce in Latvia to discuss the current business context.

While meeting with the leaders of the British, Swiss, Irish, Norwegian and Swedish chambers of commerce in Latvia, President Levits praised the current cooperation and emphasised the role of businesses in growth of Latvia. Participants of the meeting discussed Latvia’s tax system, efforts of the government and the State Revenue Service in improving the tax system, as well as possible ways of curbing the shadow economy, promoting economic activity rate and attracting labour force. Meeting also focused on legislation, including measures for strengthening the rule of law, business support and boosting of national and individual prosperity.

President Levits expressed his appreciation for Foreign Investors Council in Latvia (FICIL) input in improving the Latvian business environment to representatives of foreign chambers of commerce. He also underlined that Latvia is looking forward to building positive relations with the United Kingdom after its withdrawal from the EU. President Levits assured foreign chambers of commerce that he will take an active stance on reducing social inequality and strengthening of the rule of law in Latvia. 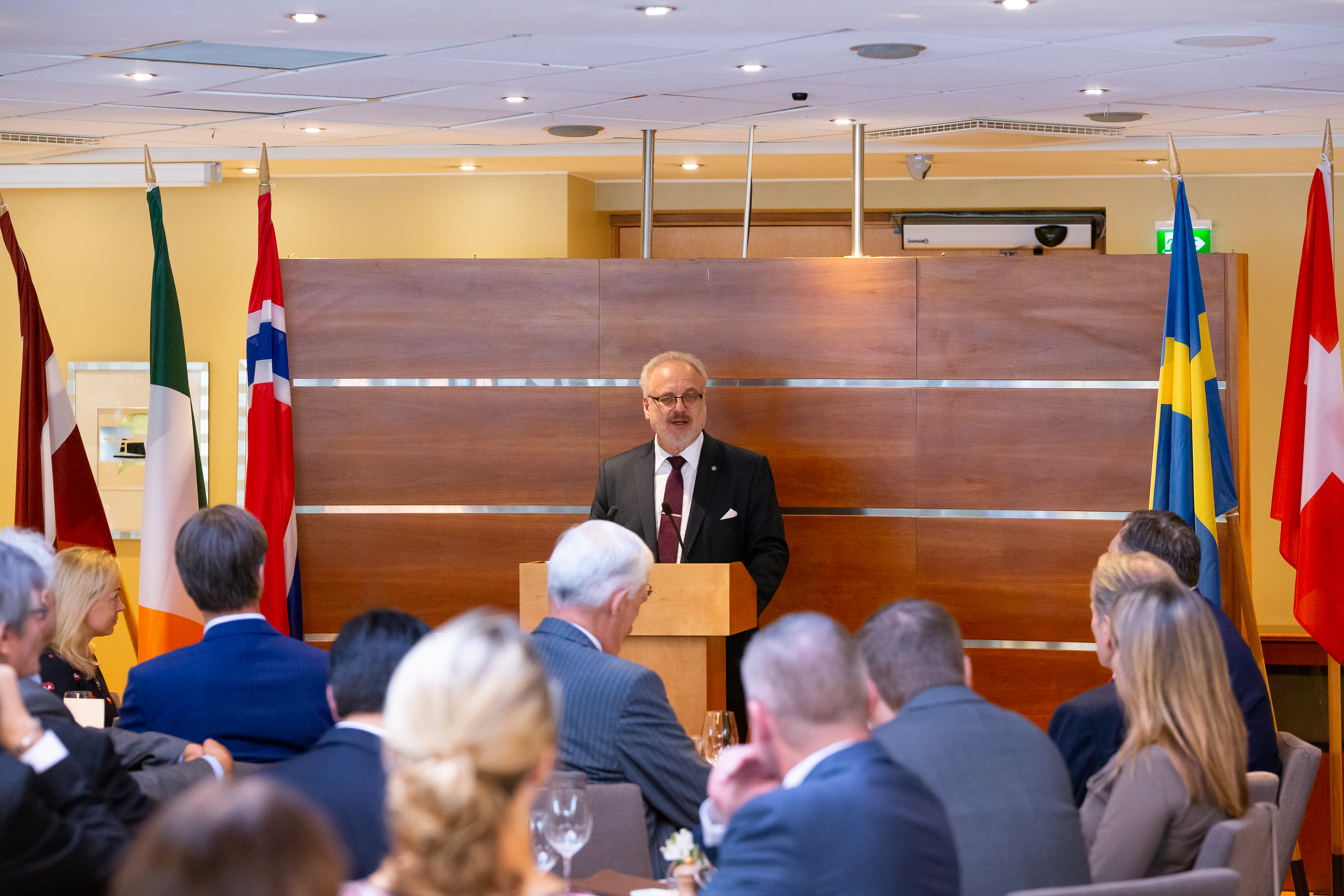 Annual General Meeting of the SCCL